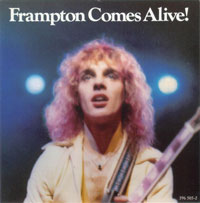 Frampton played in a band called The Little Ravens. Both he and David Bowie were pupils at Bromley Technical School where Frampton's father, Owen Frampton, was an art teacher and head of the Art department. The Little Ravens played on the same bill at school as Bowie's band, George and the Dragons. Peter and David would spend time together at lunch breaks, playing Buddy Holly songs. At the age of 11, Peter was playing with a band called The Trubeats followed by a band called The Preachers, produced and managed by Bill Wyman of The Rolling Stones.
In 1966, he became a member of The Herd. He was the lead guitarist and singer, scoring a handful of British teenybopper hits. Frampton was named "The Face of 1968" by the UK press. In early 1969, when Frampton was 18 years old, he joined with Steve Marriott of The Small Faces to form Humble Pie. While playing with Humble Pie, Frampton also did session recording with other artists, including: Harry Nilsson, Jim Price, Jerry Lee Lewis, as well as George Harrison's solo "All Things Must Pass", in 1971, and John Entwistle's "Whistle Rymes", in 1972. During the Harrison session he was introduced to the 'talk box' that has become his trademark guitar sound. 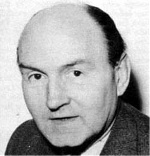 MAURICE DENHAM Born in Beckenham, Kent, the balding British actor Maurice Denham made his name as assorted comic characters in popular 1940s radio shows such as ITMA (It's That Man Again) and Much-Binding-in-the-Marsh. His move into films with a small part in The Man Within in 1947 coincided with a shift to more varied character roles. His talent for several character voices was used to the full when he voiced every character in the animated classic Animal Farm (1955). One of his more celebrated movies was Day of the Jackal (1973). He featured memorably in the classic comedy series Porridge as Judge Rawley, the man who sent Ronnie Barker to prison. He was awarded the OBE in 1992. 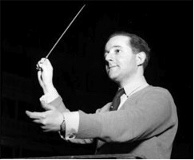 HUGH BEAN, violinist; born Beckenham, Kent 22 September 1929.
Hugh Bean was one of the pillars of British music-making for half a century, a violinist whose playing and teaching linked what some see as a golden age of musicianship to the younger generation who people Britain's musical institutions today. With his phenomenal technique, Hugh Bean could have enjoyed the glitter of an international reputation, but breathless touring was not something that appealed to him.In the 1950s, Bean's career took off in earnest. His first professional engagement, with the Harvey Phillips String Orchestra, came in 1950, and led to an eight-year association. In the same year he won second prize in the International Carl Flesch Competition and, two years later, a Boise Foundation Travelling Award, which allowed a year of study with André Gertler in the Conservatoire in Brussels.

Hugh Bean was also deeply appreciated as a teacher. He was a professor at the Royal College for 38 years, from 1954; now and then he taught at the Royal Academy, too. During that time, over 50 Bean students were appointed to London orchestras. Bean was made an FRCM in 1968, was given the Cobbett Gold Medal (for his chamber-music performances) in 1969, and was appointed CBE in 1970. But the gongs didn't really matter to him. He was a straightforward, easy-going man who appreciated his home life - he had met his wife, Mary, in the 1950s, when she worked at the Philharmonia, and they had a daughter, Fiona. He had unlikely hobbies: building model planes and donning his engine-driver's cap to take his coal-fired model steam train round the track at the bottom of the garden.

He went on to two years (1967-69) as leader of the BBC Symphony Orchestra, and then moved briefly to the London Symphony Orchestra before resigning to devote more time to chamber and solo work. In 2000 he was involved in a ceremony to unveil a plaque on the site of Queen's Hall, where the Proms used to be performed before it was destroyed in a Luftwaffe raid. Bean came along with Albert Sammons's violin, which had often been heard inside the hall, and played during the proceedings. The formalities over, he got out the violin again and pretended to busk, laughing heartily when people threw coins at him.

CARL ERHARDT Born in Beckenham, Kent, England. Defenceman. He was 39 years old when he won his Olympic gold medal and is still the oldest ice hockey player to have won Olympic gold. An all-round sportsman, he excelled at Skiing, Water-Skiing and Tennis. Joined the Council of the British Ice Hockey Association after he retired from playing and went on to become a life Vice-President of the BIHA. Wrote a book called Ice Hockey which was published in 1937. He was a founder and the first President of the British Water Ski Federation. International Career : Played for Great Britain 1931-37, including the 1936 Olympics. Played for England in 1931, 1934 & 1935. Club Career : Played for Princes and Streatham. Medals : Won Olympic gold in 1936. Won World Championship gold in 1936. Won European Championship gold in 1936. Honours : Elected to the British Hall of Fame in 1950. Elected to the IIHF Hall of Fame in 1998. Captain of Great Britain 1931-37.